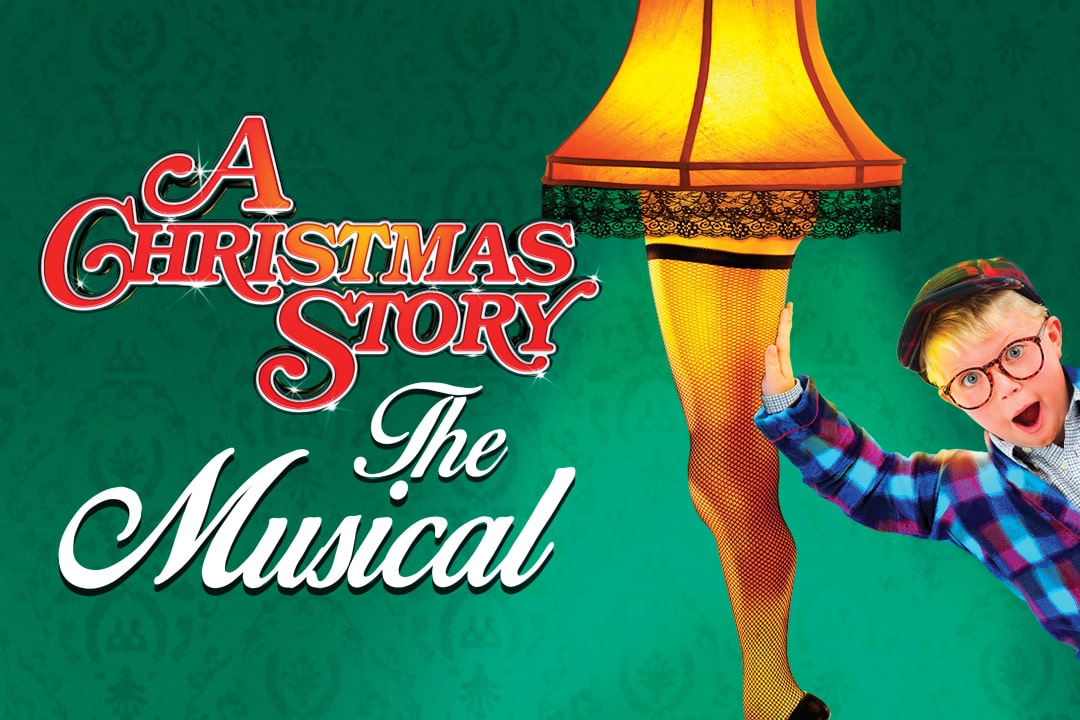 A Christmas Story, The Musical

A Christmas Story, The Musical chronicles young and bespectacled Ralphie Parker as he schemes his way toward the holiday gift of his dreams, an official Red Ryder® Carbine-Action 200-Shot Range Model Air Rifle (“You’ll shoot your eye out kid!”). An infamous leg lamp, outrageous pink bunny pajamas, a maniacal department store Santa, and a triple-dog-dare to lick a freezing flagpole are just a few of the distractions that stand between Ralphie and his Christmas wish. Chock-full of delightful songs and splashy production numbers, A Christmas Story, The Musical, has proudly taken its place as a perennial holiday classic for the whole family.

Hailed by The Associated Press as “a joyous Christmas miracle,” The New York Times writes “I was dazzled. You’d have to have a Grinch-sized heart not to feel a smile spreading across your face.” A Christmas Story, The Musical premiered on Broadway in 2012 and was a critical and commercial success. The musical was nominated for three TONY Awards® including Best New Musical, Best Original Score, and Best Book of a Musical.

A Christmas Story, The Musical features a festive and nostalgic holiday themed score by composer/lyricist team Benj Pasek and Justin Paul (TONY Award® for Dear Evan Hansen, OSCAR for La La Land), with a book by Joseph Robinette, based on the writings of radio humorist Jean Shepherd and the 1983 holiday film favorite. The tour features direction by Matt Lenz, with casting by Alison Franck. TONY Award® winner Warren Carlyle’s Broadway choreography will be reset for the tour by Jason Sparks. A CHRISTMAS STORY, THE MUSICAL features scenic design by Mike Carnahan, with costume design by Lisa Zinni and lighting design by Charlie Morrison. The hounds will play themselves.

Know Before You Go: Recommended age for children is 5 and up. All patrons must have a ticket, regardless of age. No babes in arms. Children under 16 must be accompanied by an adult.