Defying the Odds: How The Smith Center Brought Broadway to Las Vegas 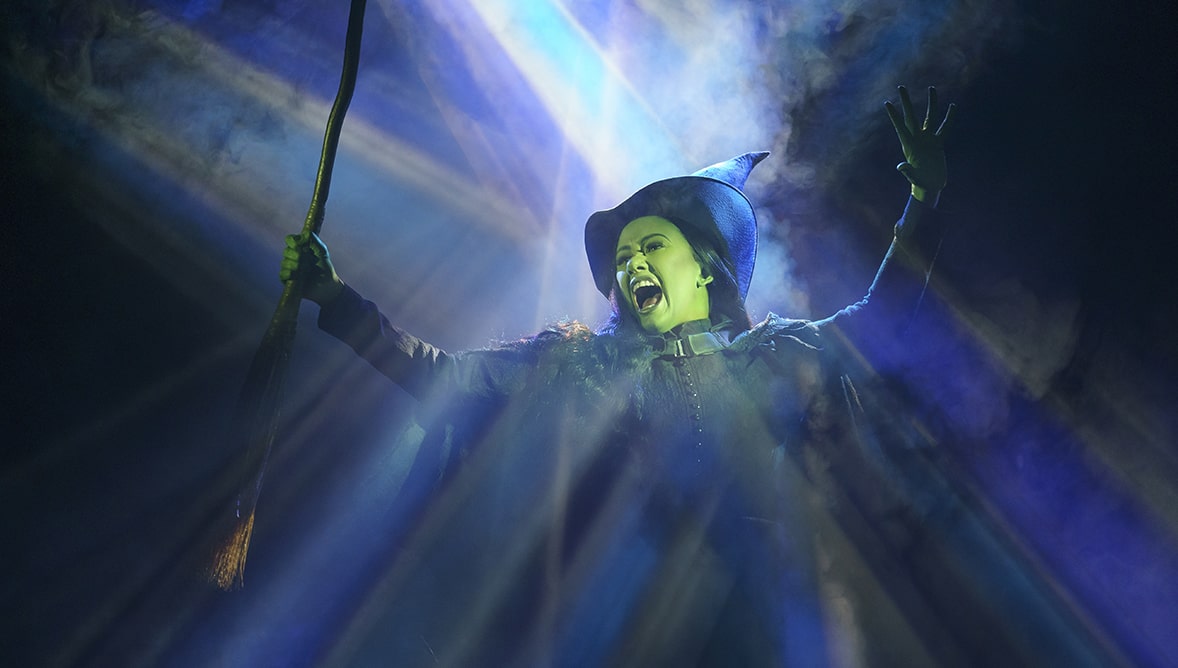 For many Southern Nevadans, their favorite experiences at The Smith Center involve seeing top Broadway productions on the nonprofit’s stage.

That’s because the center’s Broadway Las Vegas® Series presents Tony-winning productions almost every month in a traditional year, including beloved classics like “Hello, Dolly!” and “Les Misérables,” plus all-new hits fresh off the Broadway stage, like “Dear Evan Hansen” and “Hamilton.”

But years ago, some thought this might never happen.

“During our initial talks about creating a performing arts center in Las Vegas, we heard a lot of doubts about whether there was enough interest to sustain ongoing seasons of Broadway shows,” recalls Myron Martin, Smith Center president and CEO. “Some thought tickets just wouldn’t sell.”

The team believed strongly that community members craved this.

“The hotel-resorts on the Strip sometimes offered condensed versions of Broadway shows, but if people in Las Vegas wanted to see full-length Broadway productions, they either had to fly to New York City or catch a touring show in L.A.,” Martin says.

The Smith Center’s success depended on high interest in its inaugural Broadway season, as Broadway productions would drive ticket sales and overall interest for the center.

“The pressure around our first season was very high,” Martin recalls. “But we never doubted the demand was there.”

Surpassing Expectations – And Other Markets

The Smith Center proved doubters wrong even before opening its doors.

In summer of 2011 — several months before its opening in March 2012 — the center announced the sale of season tickets to its inaugural Broadway Las Vegas® Series.

With a shortened season due to the timing for the opening, the lineup included smash shows “The Color Purple,” “Million Dollar Quartet,” “Mary Poppins” and “Memphis.”

By February, this number climbed to 10,400. This dwarfed the 6,700 Broadway season subscriptions sold before the 2009 opening of the Margot & Bill Winspear Opera House at the AT&T Performing Arts Center in Dallas. The Dallas-Fort Worth area even boasted a 6-million population, triple that of Clark County’s nearly 2 million.

“In a time of economic uncertainty in Southern Nevada, this achievement demonstrated that The Smith Center was fulfilling a strong need for world-class performing arts in Las Vegas,” Martin remembers.

With proximity to other West coast markets such as Los Angeles and Phoenix, The Smith Center fits conveniently into the routes of touring Broadway productions.

The high demand for Broadway shows at The Smith Center never dropped.

Since the center’s opening, the number of season ticket holders for The Smith Center’s Broadway Las Vegas® Series has always remained over 10,000.

Thanks to the connections of its executive team in the theater industry — including Martin, a voter for the Tony Awards — the center continues to present top Broadway productions.

Its second season included a six-week run of “Wicked,” which returned for sold-out performances in two additional seasons, and it presented multiple runs of megahit “The Book of Mormon.”

The center even launched the national tour of “Kinky Boots,” making Southern Nevada audiences the first in America to experience the show outside of Broadway.

And The Smith Center made headlines when it delivered Broadway phenomenon “Hamilton” to its stage on the production’s first national tour.

“Bringing the national tour of ‘Hamilton’ to The Smith Center marked a major milestone for Las Vegas,” Martin says. “Our Broadway series brings the very best of Broadway to Southern Nevadans in their own backyard — and it will for many years to come.”

Due to public health and safety guidelines during the pandemic, The Smith Center has cancelled or postponed over 350 performances, totaling more than $20 million in lost revenue.