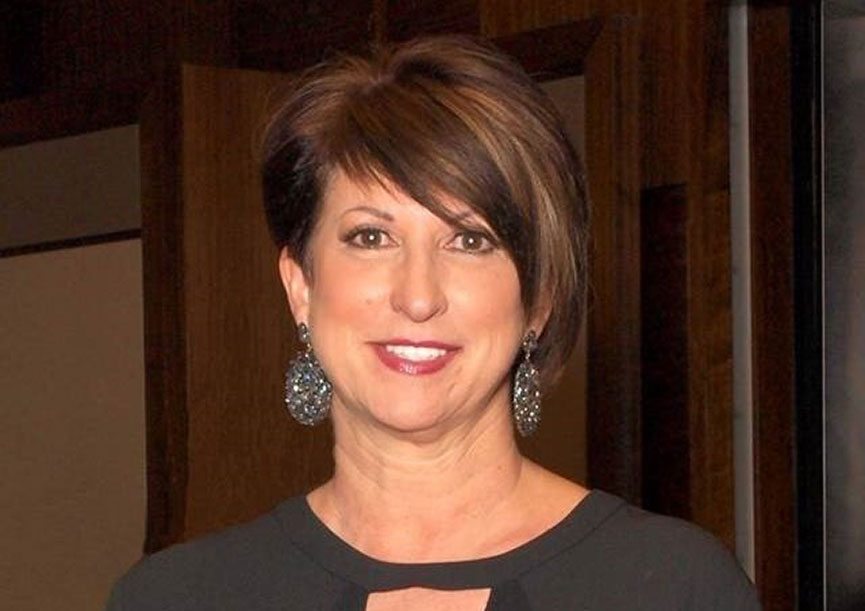 The reality of nonprofits is that they directly rely on its benefactors to help support the organization in its efforts within the community. At The Smith Centerour mission to provide high-quality performing arts and education for all is directly impacted and furthered by our gracious donors who give not only financially, but also their time. One such friend of the center is Kris Engelstad McGarry.

Engelstad McGarry has been involved with The Smith Center for the past four years. Delighted for a world-class performing arts center offering artistically excellent programming, the Engelstad Family Foundation became a Capstone Campaign donor. Recently, The Smith Center held the third annual Nevada High School Musical Theater Awards for which Engelstad McGarry kindly gave up her Sunday afternoon to participate as a judge. In between rounds of “On Broadway” and “Give My Regards to Broadway,” Spotlight talked to Engelstad McGarry about the event, The Smith Center and the arts and her family’s philanthropic contributions.

Engelstad McGarry is a longtime Nevada resident and graduate of the University of Nevada, Las Vegas (UNLV). Her parents, Ralph and Betty Engelstad, rose from humble beginnings in Minnesota and North Dakota to become Las Vegas casino owners. Along the way they maintained an appreciation for their good fortune, passing it on by founding the Engelstad Family Foundation in 2002 for philanthropic endeavors. McGarry has served as the trustee of the foundation and has continued to focus the attention towards educational scholarships, medical research and assistance to the disabled. The Engelstad Family Foundation has served as the principle benefactor to Opportunity Village, Three Square food bank, Catholic Charities, Miracle League, Spread the Word, Project 150, UNLV, The Smith Center and others resulting in $200 million in scholarships and grants.

“My family has made Nevada, and more specifically Las Vegas, our home since 1961. We have watched our community grow and are pleased to have played a part in it. The Engelstad Family Foundation has grown into one of the most relied upon philanthropic organizations in the area,” explained Engelstad McGarry.

As stated, Engelstad McGarry and the foundation focus on children and education. When asked about favorite experiences at The Smith Center, McGarry pointed to the times when she has been able witness “local school children exposed to theater for the first time.” She also added that “she believes the arts are another dimension to explore and disappear. Art has educated me.”

With 20 top-tier talent vying for just two spots to move on to the National High School Musical Theatre Awards, this year’s competition was friendly but fierce. The creative team and judges sure had their work cut out for themselves. After the show, Engelstad McGarry noted, “It was a daunting experience. The talent pool performing at this year’s awards were all so good. It was a difficult decision.” We congratulate the two winners, as well as all of the participants, and thank Engelstad McGarry for her continued support of The Smith Center and the Las Vegas community.