How Dreams Come True at The Smith Center 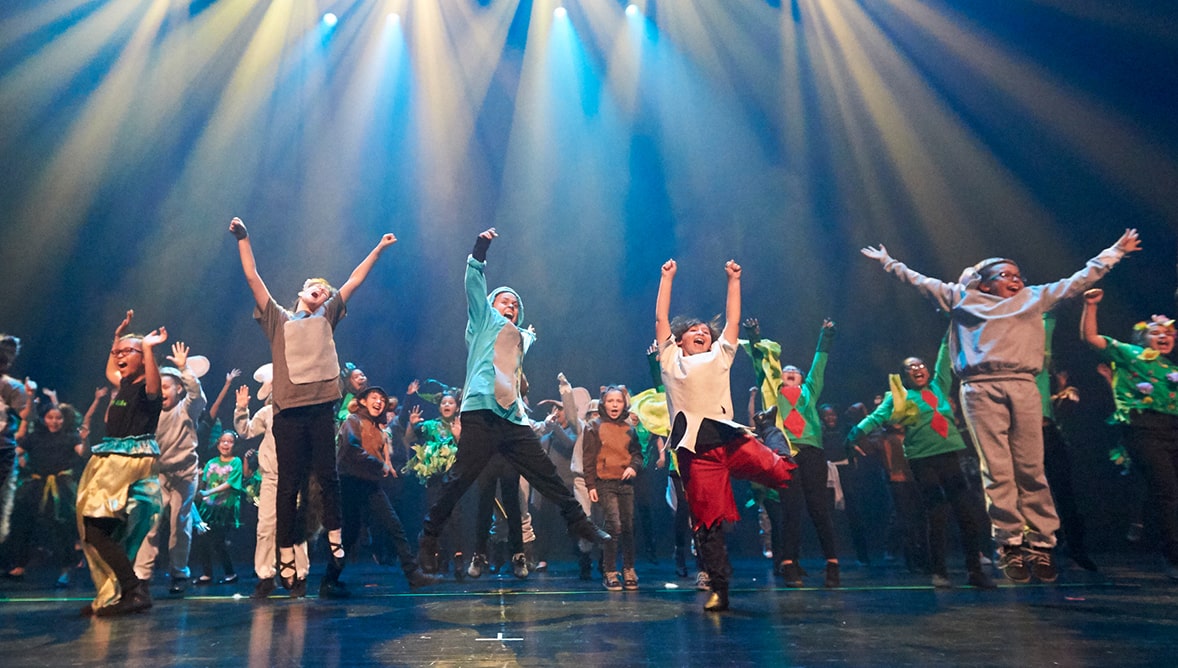 Las Vegas native Brooke Solan made her Broadway debut as a teenager because of The Smith Center.

“That was actually the biggest highlight of my life,” says Solan, now a professional performer and vocal coach. “It meant that I was on the right path to achieving my lifelong dreams.”

In fact, a lot of dreams come true on The Smith Center stage.

These include ambitions of going to Broadway, hopes of validation for teachers’ endless sacrifices — and even dreams of performing for the first time.

Read below about The Smith Center’s initiatives that make all of this possible.

Thanks to donor support, The Smith Center sends these two students to the Big Apple for several days to perform alongside the nation’s top musical theater students in the Jimmy Awards®, formerly the National High School Musical Theatre Awards.

During this national event, students train directly with Broadway professionals and perform solo and ensemble routines, with the chance to earn scholarships.

Nevada students wouldn’t otherwise have an opportunity to qualify for the Jimmy Awards® — which is why Smith Center President and CEO Myron Martin created the NVHSMTA.

“As we built The Smith Center, I was whole-heartedly set on making sure that Nevada’s young performers had an opportunity to be celebrated for their accomplishments,” Martin says.

So far, The Smith Center has sent 14 students to compete on Broadway. Las Vegas student Sophia Wilson earned a merit scholarship during the 2019 national event.

One of the NVHSMTA’s first Best Actress winners, Solan says this experience directly shaped her success as a professional performer.

“(The NVHSMTA) was really one of the first doors open to young students from Nevada into the professional theater world,” she says. “I can’t even begin to say how incredibly valuable that is.”

In 2019, The Smith Center expanded the NVHSMTA with 10 new award categories to celebrate all talents involved with high school theater productions, including Best Direction, Best Orchestra and Best Set Design and Construction.

“Celebrating the achievements of the various parts that make a production great is imperative to reinforce the value of every player on the team,” says Elena Ferrante-Martin, theater teacher with Bishop Gorman High School.

Public school teachers invest tremendous time and energy into supporting their students and schools — often without receiving much recognition.

The Smith Center turns the spotlight on Clark County School District teachers with its annual Heart of Education Awards honoring outstanding educators, one of just a few events of its kind in the nation.

“So many teachers in our community change students’ lives every day, and never expect anything in return,” Martin says. “We believe our community can make a big difference with our education system by thanking these amazing educators.”

Past winners describe feeling renewed and energized from the recognition.

“I felt like a celebrity walking through the doors of the event,” says past winner Hela Naziri. “When my name was called, I was frozen and I was crying and I was so emotional. It was life changing for me.”

Students at over 35 at-risk elementary schools now have sustainable theater programs, thanks to The Smith Center’s Disney Musicals in Schools program.

Part of an international network offering this initiative, The Smith Center provides its professional teaching artists to train school staff in every aspect of putting on a production. This spans set and costume design, developing choreography, and teaching singing, dancing and acting to students.

Participating schools report that students transform through their school’s productions, including non-verbal students suddenly speaking, and students who might not otherwise come to school showing renewed interest and enthusiasm.

“The musical production seems to reach children in a way that other subjects do not,” says Bracken Elementary School teacher Cassie Barnes, whose school was among the first to participate.

Each school performs a musical number from its inaugural production on stage at The Smith Center.

“Opening night (of our first show) was the most magical performance I have ever experienced,” Barnes says. “Watching the curtains open to reveal a stage full of an entire cast of excited children in costume, and seeing the culmination of many months of teamwork, was the most rewarding evening of my teaching career.”

Due to public health and safety guidelines during the pandemic, The Smith Center has cancelled or postponed over 450 performances, totaling more than $32 million in lost revenue.